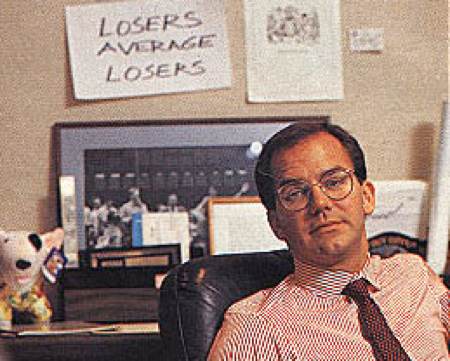 Paul Tudor Jones is one of the greatest traders and money managers of his generation. He has had no losing years in his primary fund for decades. He was able to more than double his capital under management during the Black Monday Crash of 1987 while others faced huge drawdowns and account blow ups. He is ranked at 120th richest person on the Forbes 400 of wealth. His net worth is around $5 billion and growing. Here is a guy that traders of all levels need to listen to what he has to say about trading.

“There is no training, classroom or otherwise, that can prepare for trading the last third of a move, whether it’s the end of a bull market or the end of a bear market.” – Paul Tudor Jones

Volatility expands at the end of one trend direction and the beginning of another, what was working stops working and the key to the lock changes for profitable trading.

“The most important rule is to play great defense, not great offense. Every day I assume every position I have is wrong. I know where my stop risk points are going to be. I do that so I can define my maximum drawdown. Hopefully, I spend the rest of the day enjoying positions that are going in my direction. If they are going against me, then I have a game plan for getting out.” – Paul Tudor Jones

Always be managing your risk, be open to being wrong about price action, have a stop loss point, and know your drawdown risk. Let your winners run until they stop and then exit your position.

“I believe the very best money is made at the market turns. Everyone says you get killed trying to pick tops and bottoms and you make all your money by playing the trend in the middle. Well for twelve years I have been missing the meat in the middle but I have made a lot of money at tops and bottoms.” – Paul Tudor Jones

The best risk/reward ratios are with buying the dip near the bottom and selling short near the market top.

Don’t buy more of a losing position, trade smaller during losing streaks, and trade bigger during a winning streak. Don’t risk a lot of money on reports like earnings or the Fed minutes, that is gambling.

Price action prices in fundamentals in advance. The market is always projecting and calculating the future through price adjustments.

“I spend my day trying to make myself as happy and relaxed as I can be. If I have positions going against me, I get right out; if they are going for me, I keep them.” – Paul Tudor Jones

Going with the flow of price action by letting your winners run and cutting your losses short is a good psychological practice for a trader.

“Fundamentals might be good for the first third or first 50 or 60 percent of a move, but the last third of a great bull market is typically a blow-off, whereas the mania runs wild and prices go parabolic… There is no training, classroom or otherwise, that can prepare for trading the last third of a move, whether it’s the end of a bull market or the end of a bear market.” – Paul Tudor Jones

A market trend can move far outside the boundary of what people think is possible and become completely removed from fundamental values.

“When you get a range expansion, the market is sending you a very loud, clear signal that the market is getting ready to move in the direction of that expansion.” – Paul Tudor Jones

A breakout and increase in a trading range signals the next direction of a move.

“The whole world is simply nothing more than a flow chart for capital.”- Paul Tudor Jones

The 200-day moving average of prices is a great defensive tool to know when to get out of a position. It is also the last line of defense in an uptrend before the probabilities shift to a downtrend beginning.

“The concept of paying one-hundred-and-something times earnings for any company for me is just anathema. Having said that, at the end of the day, your job is to buy what goes up and to sell what goes down so really who gives a damn about PE’s?” – Paul Tudor Jones

Price to earnings ratios are not great trend trading tools but price action is.

“You always want to be with whatever the predominant trend is.” – Paul Tudor Jones

Always trade in the direction of the primary trend in your market. Go with the path of least resistance.

A price action trading system is a process for using price data to make buy and sell decisions on a watch list of charts. Price action trading attempts to use entry and exit signals that have an edge by creating good risk/reward ratios that lead to profitable trading with wins that add up to more than losses.
PRICE ACTION TRADING

Things To Look For Before You Place A Trade

Here are five things to quantify before entering any trades. These areas should be based on the parameters of your own time frame and trading system.
ECONOMIC & FINANCE

The first step to becoming a better trader is abandoning you own opinions, predictions, and emotions in favor of trading the price action itself. Uptrends, downtrends, and trading ranges on charts become more clear when all personal biases are removed.