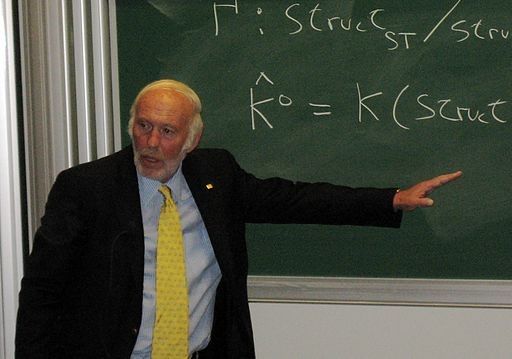 The Insane Story of the Greatest Trader

As a kid Jim Simons loved solving math problems, it was his passion. He thrived in school and went on to the best colleges as both a student and late a professor. His dream life was coffee, cigarettes, and math.

He received a bachelor’s degree in mathematics from the Massachusetts Institute of Technology (MIT) in 1958 and a PhD in mathematics from the University of California, Berkeley. In 1961 at the age of 23. After graduating from MIT, Simons traveled from Boston to Bogotá, Colombia on a motor scooter seeking adventure. The trip was not as fun as he had imagined but he loved the experience.

In 1964, Simons worked with the National Security Agency in code breaking. Between 1964 and 1968, he was on the research staff of the Communications Research Division of the IDA and taught mathematics at both MIT and Harvard University. After achieving huge success there, he was later forced to leave the IDA because of his vocal public opposition to the Vietnam War.

He then joined the faculty at Stony Brook University. From 1968 to 1978, he was the chairman of the math department there. Simons was asked by IBM in 1973 to attack the block cipher Lucifer, an early but direct precursor to the Data Encryption Standard.

Who is the greatest trader of all time?

The greatest trader of all time came from outside of finance and was a math professor that entered the markets with a beginner’s mind with a focus on the math and formulas that would work in trading.

In 1982, 40-year-old retired mathematics professor Jim Simons founded the Renaissance Technologies hedge fund and staffed it with mathematicians, computer scientists, and physicists to pioneer the world of algorithmic trading. Since 1988, Jim Simons’ Renaissance Technologies Medallion Fund has returned an average of +66.1% a year and made himself, business partners, and employees wealthy in the process.

His performance record on trading capital makes him the greatest trader of all time. His skills in math, business administration, along with recruiting the best minds in academia made him a genius in the hedge fund world.

The most amazing thing about Jim Simons feat of mastering the financial markets is that he never took a class on finances, was not interested in business, and hired people outside Wall Street to work at his hedge fund. His team brought a new perspective to the world of trading by looking at it with a new perspective and through the filter of math and not predictions, egos, or opinions.

Renaissance Technologies specializes in systematic trading using quantitative models derived from mathematical and statistical analyses. The Medallion Fund uses a better and broader version of Leonard Baum’s mathematical models, that were made even better by algebraist James Ax.

It explored the correlations that could be used to create an edge to profit from. The Medallion fund was named by Simons and Ax after the math awards that they had both won. The Medallion Fund has the best record for long term consistent returns in history.

Jim Simons retired in late 2009. The fund is now managed by Peter Brown a computer scientist who specializes in computational linguistics who was hired by Renaissance in 1993 while working at IBM Research. Simons remains a non-executive chairman and still has money in its funds, mostly in the incredibly profitable Medallion black-box strategy. From the measurement of his return performance Jim Simons is currently and best money manager and trader on earth based on his numbers. Renaissance currently has over $110 billion worth of assets under management, most of it is capital from the employees of the firm.

Math and computer science may be the most important tools for any trader to master based on his results.

Richest trader in the world

The current richest trader in the world is Jim Simons with a $28.6 billion dollar net worth according to Forbes making him the 42nd richest person in the world. His wealth was acquired through founding the Renaissance Technologies Corporation hedge fund and the money management fees it produced through the industry leading returns on capital for its clients and the compounding he made on his own money being invested in its Medallion Fund.

He has the highest net worth of any trader or money manager on the Forbes wealthiest list. Most of the people above him on the list made their wealth primarily by founding and taking companies public then growing them into the largest corporations in the world. His wealth is over three times that of George Soros.

During his 30-year career managing Renaissance Technologies the fund had over $104.5 billion dollars in returns for an average annual return of 66.1% before management fees with an astounding 39.1% return net of fees. Which is by far the greatest returns on capital of all time versus anyone else for magnitude, duration, and size of capital under management.

No one else is even close on long term returns, not Warren Buffett, not George Soros, or Paul Tudor Jones. Jim Simons is a giant in the land of the tallest traders. No other trader, investor, or fund is even in the same league for his returns over the past 30 years. His fund has created more wealth than the current personal net worth of Warren Buffet.

A book about Simons and his investing methods, The Man Who Solved the Market: How Jim Simons Launched the Quant Revolution by Gregory Zuckerman was released November 5, 2019.

No matter where you are in your trading or investing journey it is good to stay inspired and focused on your long-term goals and prize.